Apple keynotes are one of the most anticipated events of the brand, through which we can know the most important news of the Cupertino company. The one that has been held today at Apple Park has left us a new model of Apple Watch: the Apple Watch Series 5, and new improvements in Apple’s sports watch related to health and safety. 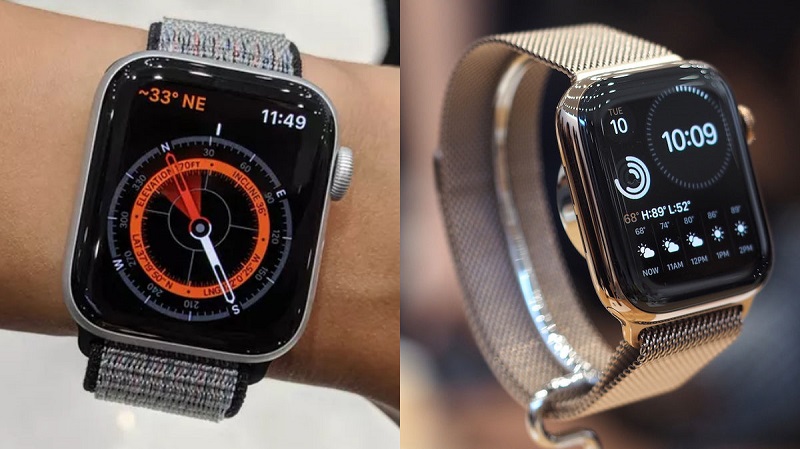 The new Apple Watch Series 5 includes a new screen that never turns off at all, so that we can access our main screen all the time, without turning the wrist to turn it on.

This is especially interesting when we are training, so we don’t have to make an unnatural gesture to see at what rate we are running, or how long we have been training in the elliptical.

The Apple Watch Series 5 also includes a new compass that will improve the experience of the Apple Watch itself and other applications, such as Wikiloc, which we can use for a few months on our own watch to follow the running, cycling or hiking around the world.

In addition, in terms of security measures, the Apple Watch Series 5 will have a new international emergency call on cellular models, which we can use in different countries. Very useful in the event that we suffer some mishap while we are abroad.

A step forward in health research 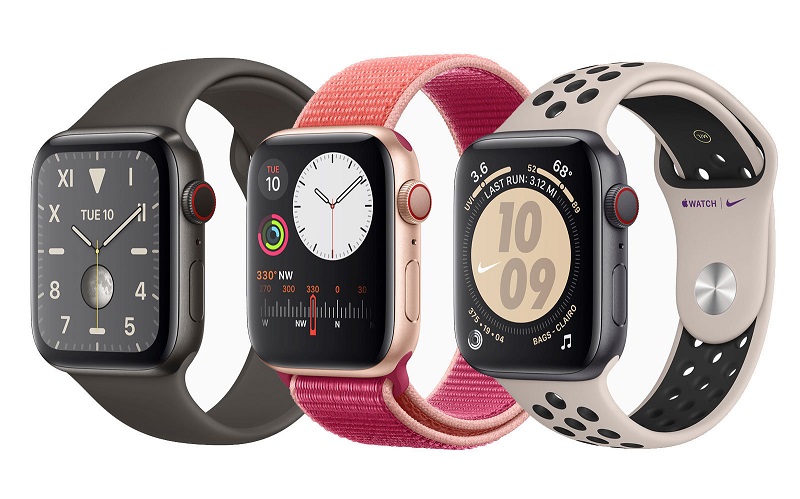 During the Apple keynote, three new research projects related to health have been presented in which Apple is collaborating through the Apple Watch, and that bring us new apps to the wrist device. We could already know something about these new projects at the developer conference last June.

Apple Hearing Study: a study in collaboration with the World Health Organization and the University of Michigan, through which it is studied how noise in our daily lives affects our hearing health. In the case of being in the presence of very loud noises, the Apple Watch will notify us with the Noise app so that we mitigate them as much as possible.

Apple Women’s Health Study: more and more technology companies worry about women’s health. The Cycle Tracking app, which will also be available in the Health app on iPhones with iOS 13, can help us keep more control not only of our menstrual cycle but also of our most fertile days. To carry out this study, Apple collaborates with the Harvard School of Public Health and the NIH.

Apple Health and Movement Study: In collaboration with the American Heart Association and with cardiovascular medicine experts at Brigham and Women’s Hospital, Apple tries to improve the lifestyles of its users.

You may interested- Economic smart bracelets perfect for sports

The different materials in which we can find the Apple Watch Series 5 are stainless steel and titanium. We will also have new models in collaboration with Nike, with new sports and reflective straps.

In addition, the Apple Watch Series 3, in its version with GPS, lowers its price to 199 dollars.

Fatty and sugary foods, milk linked to adult acne July 31st, There may be even more reasons to follow a balanced diet with a new study finding sugary beverages, fatty and sugary products, and milk may be associated with adult acne. cialis price Acne depression in adults greater than teens July 31st, If you thought it was only teens that struggled with the psychological impact of acne, think again.

Spread the loveWe are excitedly witnessing the increase of technology every year. The past year has been quite fertile in this regard. My prediction as a technology writer and researcher is that the few years we are in it represent a transition phase entirely. I expect the great revolution to come after 2022. What will […]

6 phenomena that physics has not yet been able to expansion

Spread the loveAstronomers and physicists, including other researchers, do not stop questioning about different topics. Even with the scientific advances, there are situations that can not be given a logical answer. Physics has not yet been able to expansion of the universe.