By now Nathan Drake and Uncharted are names that are written in gold letters in video games. Its beginnings, however, were not so promising. Don’t get us wrong, the first Uncharted already had all the ingredients that would lead the series to success. It was the initial doubts in the character, the type of game, and its similarities to Tomb Raider that created some uncertainty. Lara Croft’s adventures were not going through their best moments and a male version. As Nathan was believed at first, did not seem the best option. Today we are going to talk about the games of the Uncharted saga. We will order them from worst to best, and you will discover, in case you don’t already know, that there is no bad game in the franchise.

Film archaeologist Indiana Jones is considered the father/inspiration of both Lara and Nathan. Croft was the first to make herself known. The original game, released on PlayStation, Saturn, and PC, was a quantum leap in 3D action and adventure games. She soon became the queen of the show, although as sequels appeared, Tomb Raider was leaving its spell along the way. Naughty Dog followed the adventurer’s fall from grace very closely and decided one day to take advantage of the good of the character to create his own. Nathan Drake was not only a perfect mix between Lara and Indiana Jones but he was also born with great self-confidence and shows his slyness wherever he goes.

The first Uncharted was more than a remarkable game. It appeared in 2007 for PlayStation 3 and glimpsed the great future that lay ahead. From there, the quality was on the increase until the end? from Uncharted 4: A Thief’s End. Whether or not it will be its final end, remember that we will have a movie, we will see it later. At the moment, we show you the Uncharted games, ordered from worst to best.

The saga has had attempts to take advantage of its success in genres other than its own. We have the example with this Uncharted: Fight for Fortune, a card game for PlayStation Vita that tried to follow in the wake of The Golden Abyss. It was not a bad game of its kind, but the saga was crying out for a new portable adventure, a better one.

However, he obtained this title with different collectibles, which were complemented precisely by Nathan Drake’s adventure in Sony’s ill-fated machine. The fans weren’t expecting this far from it.

Before we get into canon games, we stopped at a mobile phone game. Nathan wanted to make the leap to smartphones and for this, he immersed himself in a puzzle game.

Puzzles are part of his being, but he did not know how to make iOS and Android users fall in love either. And that it was not a bad game, but at this point, all you wanted to know was what the next Uncharted would really be like.

The excitement that overwhelmed us when we learned that Uncharted was going to debut on PlayStation Vita was indescribable. Nathan Drake was going to have a complete set on a laptop! It sounded like heavenly music. The adventure in Vita was designed by Bend Studios, the people from Days Gone, and although it had some limitations, it was a step to climb mountains and overcome all kinds of obstacles with the protagonist.

Sadly, Sony suddenly stopped caring about the fate of its second laptop, just as it did with the first. We would run out of real continuation, and without other great games for the spectacular machine.

Chloe Frazer was the protagonist of the first game without Nathan as the protagonist. It was born as DLC for Uncharted 4, but its development did not stop growing until Naughty Dog decided to release it as a complete game. Along with Chloe we also find Nadine Ross, one of the antagonists of The Thief’s End.

The mechanics of The Lost Legacy did not hide its origin in Uncharted 4, but it was known to tell a story fresh enough to want to shell out the (reduced) amount of its price. Chloe and Nadine have nothing to envy Nathan. They have the same spark, action, and agility. In addition, they take advantage of the absence of the male hero to make some good jokes at his expense. 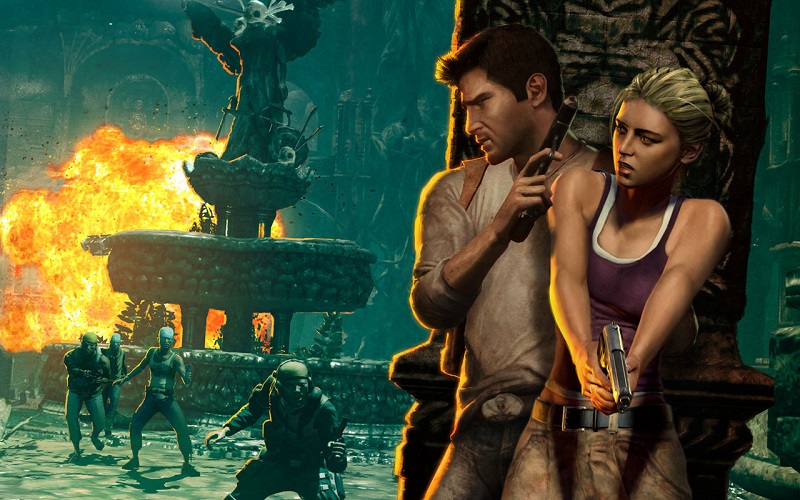 We’ve already talked about the game that opened the Uncharted melon. Drake’s Treasure introduced the protagonist, Nathan Drake who claims to be a descendant of Sir Francis Drake and who sets out in search of the explorer’s legendary treasure.

In the first moments of the game, we also meet one of the key characters in Nathan’s story, Elena Fisher, an investigative journalist who is soon drawn to the hero’s adventures and who ends up stealing his heart. They also introduce us to his companion and mentor, Victor Sullivan, better known as Sully.

One might think that the next game in the Uncharted series, ordered from worst to best, was going to be the second installment. But surely you already know that this is not the case. The third part presents us with a very continuous title. Very good, but without the ability to surprise. The story, in which we follow Nathan and Sully on a journey through the Arabian Peninsula, doesn’t engage at the same level as the first sequel, and it technically stays at the same level.

We return to the gang formed by Nathan, Sully, and Elena, which is joined once again by Chloe Frazer, after Uncharted 2. Katherine Marlowe is the main antagonist of the game. She belongs to the British secret society and is an old acquaintance of our protagonists.

Nathan Drake’s latest adventure, the only one on PlayStation 4, doesn’t rule the top Uncharted games either. Obviously, we are talking about a masterful title, but whose formula is repeated again without much surprise for the player. This is bad? Obviously not. But when it comes to ordering the games of a franchise it has its importance.

Both from the title and from the ending, everything seems to indicate that it is really the last game in the franchise, but we all know that it can return in several ways. Restarting the saga or setting it in another era are easy outings. Naughty Dog is still putting the finishing touches on The Last of Us 2, so it’s too early to know what their next job will be.

In Uncharted 4 we meet a retired Nathan Drake, living the quiet life with his already wife, Elena Fisher. Everything falls apart when his brother Sam reappears from the dead for help, with a proposition that Nathan cannot refuse. Again, back to the old ways! 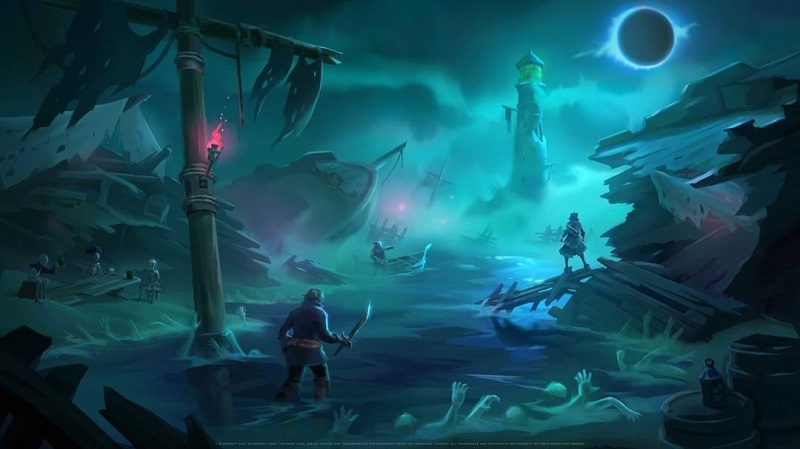 Uncharted 2 was the game that raised the level of the saga to unsuspected limits. He raised what was a remarkable high to an A, very close to honors. Not only at the level of history or playable. But Naughty Dog did an impeccable job on a technical level, touching the ceiling of PlayStation 3. So much that it left very little room for improvement for the third installment.

In this sequel, the character of Chloe Frazer, the protagonist’s love interest, is introduced for the first time. Joining her is Nathan’s former partner, Harry Flynn, whose plan is to steal treasure from a museum in Istanbul and then betray Drake and take over the mutiny. Later on, Flynn’s real motivation is discovered, the legendary Marco Polo’s search for a hidden treasure.

How to remove malware from a PC, step by step

Spread the loveWe have already seen in previous specials the great challenges in cybersecurity that are causing the increase in work and study from home due to the confinement against COVID-19. Simply, home networks are not as prepared as business networks where we normally work. Today we share tips on how to remove malware from […]

how to turn off iphone without screen

Spread the loveIn this paragraph, I will only refer to the physical keys. And which combinations of these you will have to rely on for a complete shutdown without ever having to touch the screen. In cases where for example this has broken due to a fall or due to a software or hardware problem. […]

How Marriage Has Changed

Spread the loveMarriage has changed a great deal in just a few decades. Gone is the obligatory white dress, posed formal photos and stuffy traditions. Weddings today have an ‘anything goes’ feel where brides and grooms can call the shots. Here are some obvious things that have changed about marriage: Smartphones Love them or hate […]