Behind is already 2018 loaded with very good games, but as it is well said, you can not live always looking at the past. And this year also does not look bad for the players. We share the most anticipated games for 2019.

The most anticipated games for 2019 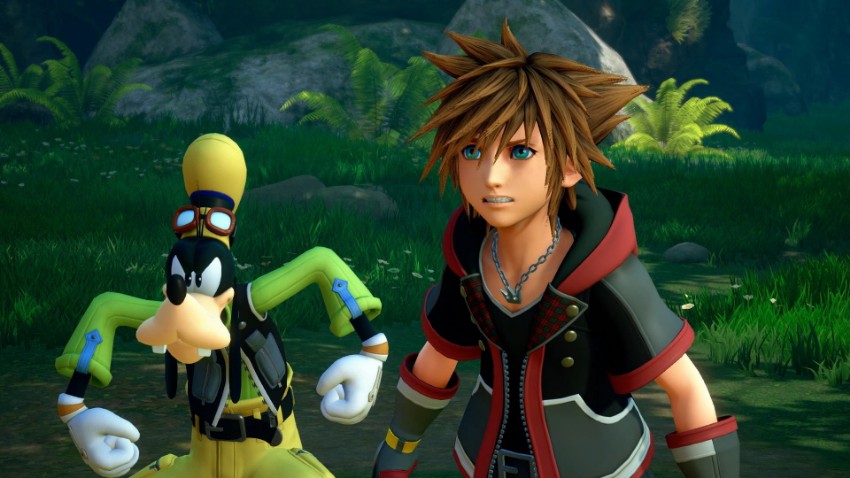 I still remember when, 17 years ago, the first installment of Kingdom Hearts was released, these games that combine the role worlds of Final Fantasy with the children’s fantasy of Disney Pixar, and now, finally, I will be able to finish and close an entire stage of my life. lifetime. It is the most anticipated games for 2019.

And it is that although it is not about titles that we can highlight especially as a “vendeconsolas” or an AAA, worth the redundancy, they managed to win the hearts of all those who played them.

In addition to continuing the main story of Xehanort, Kingdom Hearts 3 will include some characters and worlds from the latest Disney movies, such as Break Ralph or Frozen along with a great improvement in the graphic aspect, and a series of technical developments with respect to their previous deliveries.

And is that as I could try during the beta available in the last Madrid Games Week, we will have new combat dynamics being able to change the key of the sword during the combat, and even transforming them into new weapons such as hammers or fists, as well as the addition of new and curious special attacks.

Platform: PS4 and Xbox One 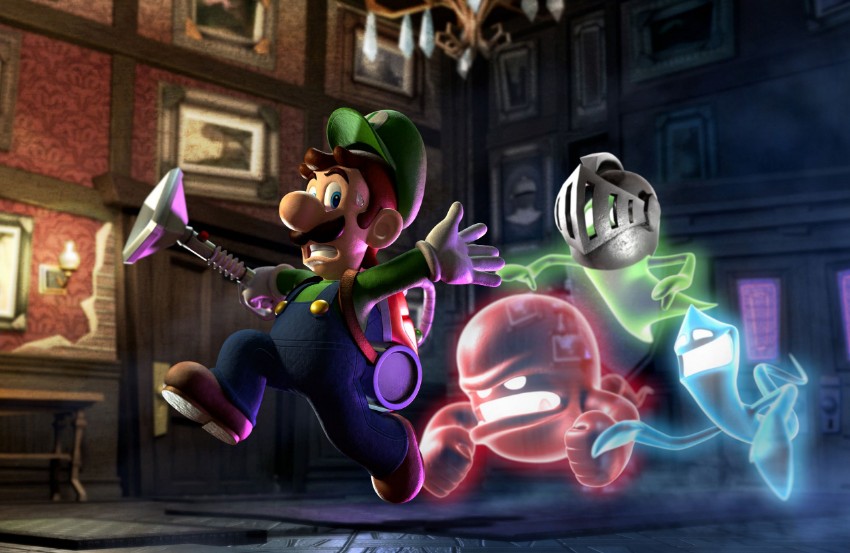 Relegated always to the second plane, the jump protagonist of Luigi to this saga gave like result one of the best and perhaps more undervalued titles that the Japanese company has realized. And is that while we deprived many of enjoying their second installment limiting its launch to the 3DS laptop, finally the saga returns to the main stage. It is one of the most anticipated games for 2019.

With still many details to be confirmed, and with just this short trailer that we show, Luigi’s Mansion 3 aims to maintain all the dynamics of his previous games, adding the deadly unblocking to his already picturesque arsenal, and who knows, we may even have with the possibility of playing with gyros  when we play with the console in the dock and the separate Joy-cons.

Honestly, I’ve never been a special fan of the Souls genre, largely because of my affinity to other role-playing games more focused on grinding and leveling. However, after a recent and very good contact with Bloodborne, I was captivated by this curious proposal of medieval Japanese aesthetics.

FromSoftware’s hands, as the main difference with the other games, highlights without a doubt the “ninja” touch that provides the movement through hooks, which will also help to speed up the long walks on the stage. But his presence is not limited to this and is that it seems that the games will penalize us in case we act too aggressively with the NPC’s, or if we try to avoid confrontations with the enemies.

Platform: PC, PS4 and Xbox One 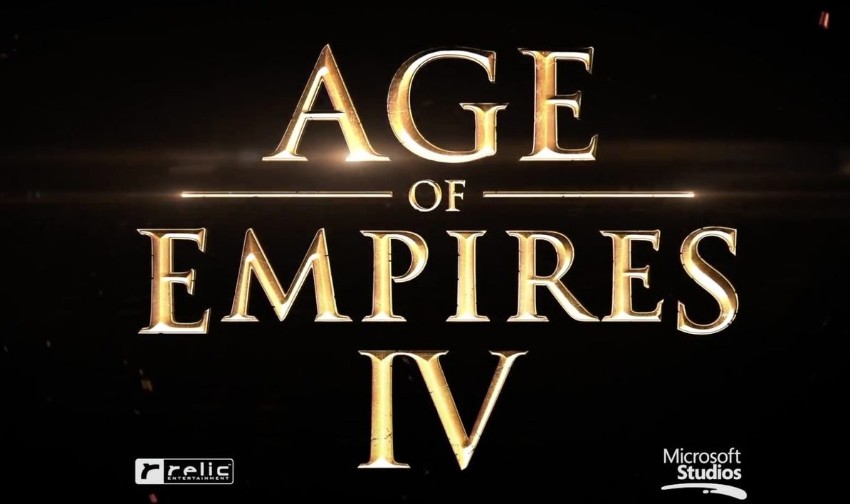 Behind is already 2018 loaded with very good games, but as it is well said, you can not live always looking at the past. And this year also does not look bad for the players.

You may like this-The best Gameloft games for Android 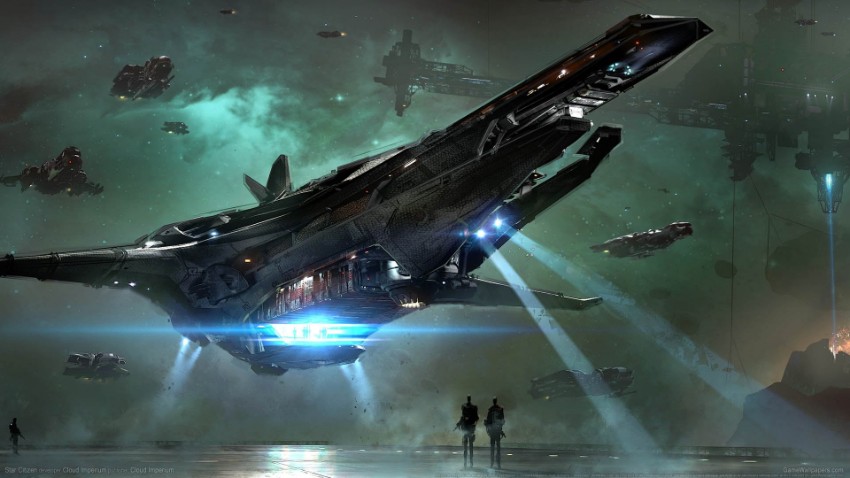 It has been more than six years since Chris Roberts announced the development of the most ambitious space simulator in the history of video games. Although Roberts astonished the world at the beginning of the 90s with the mythical Wing Commander, Star Citizen did not get funding from the traditional distributors and the creator opted for the crowdfunding formula, another component that makes this game special.

The answer was fabulous. In November 2018 it accumulated a whopping 210 million dollars. So much so that the project was separated into two different video games, the main Star Citizen as an action MMORPG and another called ‘Squadron 42’ as a single player campaign and cooperative mode, located in the same universe as the main game.

I have selected it as one of the most anticipated games for 2019 because I have been following the development since its inception and everything I’ve seen I love. The problem is that the increase in funding has made it much more ambitious. And the release of the final version has been delayed. Currently, almost 500 people work on a project that has become gigantic. We will see if it meets the huge expectations of the game. 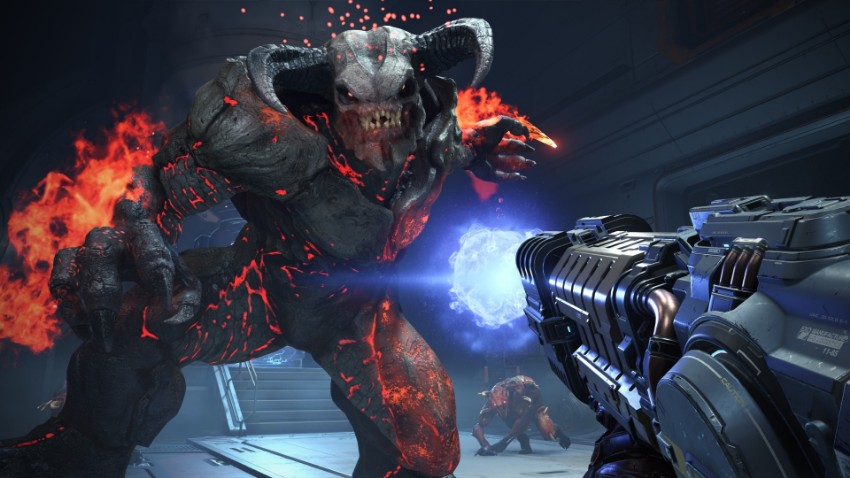 What will I tell you that you do not know about Doom, a mythical title that was the mirror where a whole generation of first-person action games was watched. After years of break, with a final delivery, Doom 3 BFG Edition as a remastering that did not convince almost anyone, in 2016 came the expected restart of the franchise with a DOOM that did honor to the saga and that I personally continue to enjoy every Once I have the chance. It is the most anticipated games for 2019.

DOOM Eternal will be the next and I am sure it will be another bomb after the announcement of id Software and Bethesda that will be “the continuation and direct sequel” of the restart of the franchise with a main location on Earth that we saw in the classic Doom 2 of 90, after a demonic invasion that we will have to fight in the skin of Doom Slayer. Under the same mechanics as the previous one, focusing on the aggressive attack to achieve health and ammunition, iD promises that Eternal will have twice as many enemies, some new and others reintroduced from those seen throughout the saga.

New weapons are announced that have conquered me from the beginning, a sword with which we will become like a marine samurai and a hook that we can use on stage and launch against the enemies. In addition to the single player and standard multiplayer campaign, a new ‘Invasion’ mode is announced that will allow us to play as a demon against other players. I expect an impeccable technical section, visually overwhelming with the id Tech 7 engine, frenetic action, and maximum playability. I look forward to it. 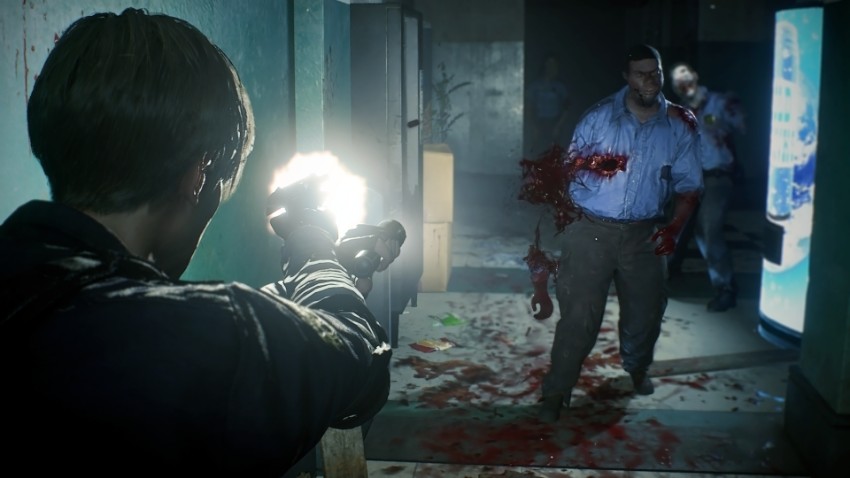 An update of one of the best games in history, which could become the best remake to date.

Capcom has managed to maintain the essence of the original, but that does not mean there are no changes. This installment comes with an outstanding technical section and brings such important news that is placed above the Resident Evil Remake. I was able to test the demo and it was clear to me that the Japanese company has successfully managed the project. 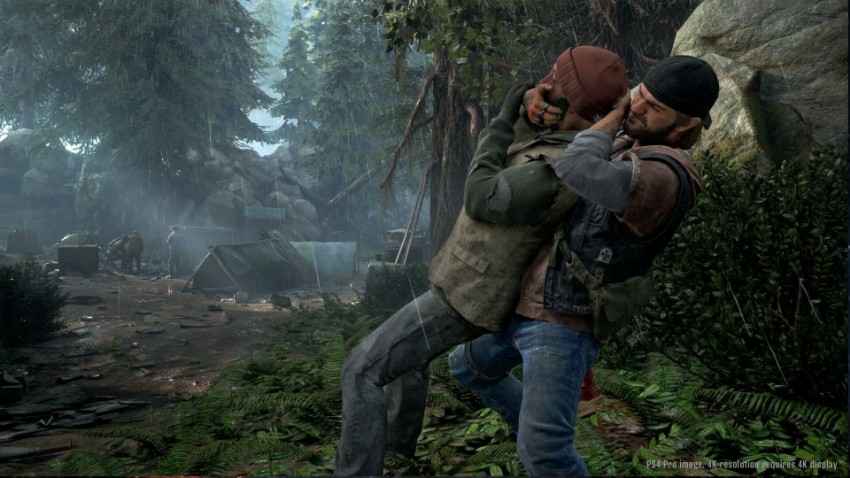 Survival in the open world with dyes from The Last of Us and Mad Max. A very interesting proposal that promises, in addition, to face hordes of infected.

Days Gone attracts me not only for setting and for its technical section, but also for the possibilities it seems to offer at the level of gameplay. Will it be up to the “hype” it has generated? I hope so. 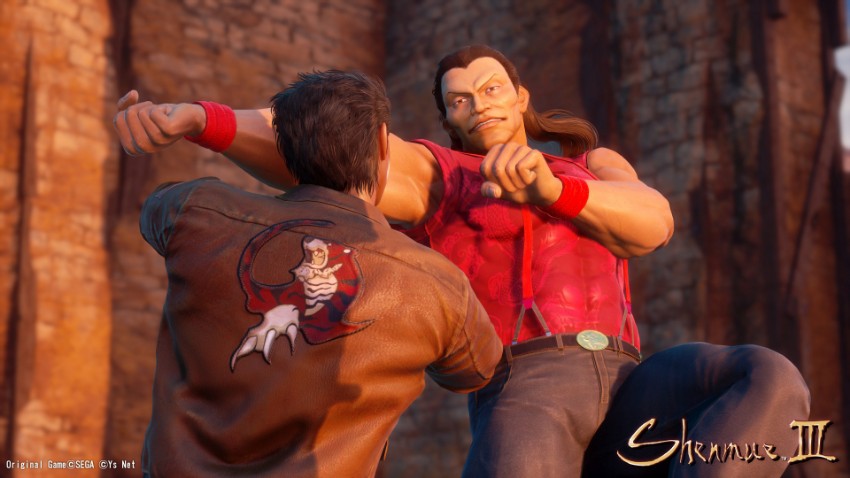 This delivery of Shenmue, funded through a project on Kickstarter, closes a trilogy that was pending for more than 15 years. It may be lacking at the technical level. But I’ve been waiting for it for so many years that I do not care about anything.

I want to think that Ys Net will fulfill the promises that it made to improve the graphics section, especially the animations, and I hope that it has enough success for the franchise to have a second life again. 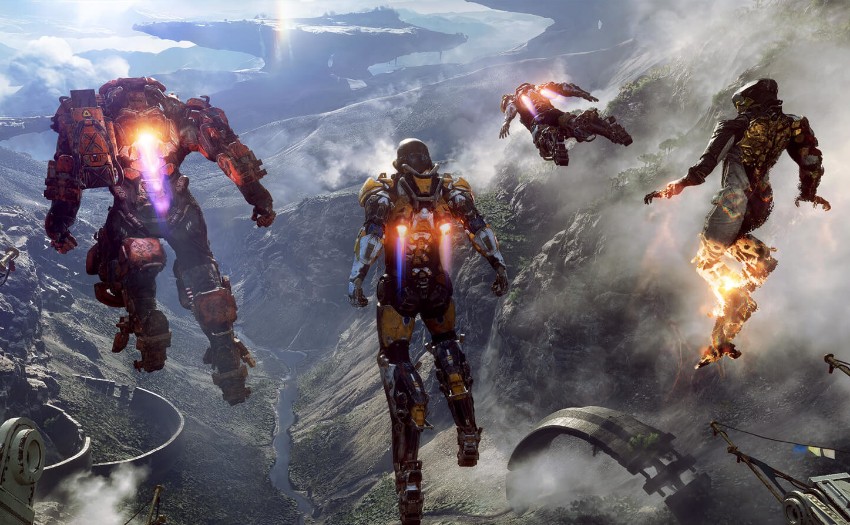 Although it has had some slip lately (that Mass Effect: Andromeda) Bioware has always been synonymous with great games. It is clear that the concept is nourished by what was seen in Destiny, but I think that by setting, gameplay, and history we are looking at much more than a clone in the third person.

Anthem has the challenge of offering an interesting story mode, a multi-balanced. And an end-game that allows extending the life of the game to make a community. With getting two of those three things, we will be facing one of the titles of the year. 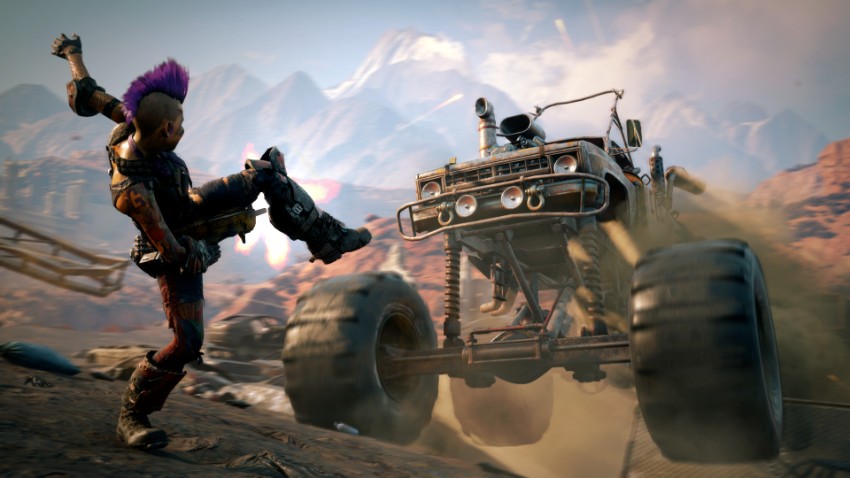 With a clear inspiration in the Mad Max universe, everything points to Rage 2 being an old-school FPS with a large dose of violence, action in spades and a frenetic pace of play. It is worth remembering the problems of optimization that had the first part, corrected a posteriori. But that weighed down to a game that deserved more. It is one of the most anticipated games for 2019.

This Rage 2 will be centered in the story mode (so much that it lacks multiplayer). And will include thousands of lines of dialogue and subplots to make the post-apocalyptic world richer. But with touches of humor that characterizes this franchise. 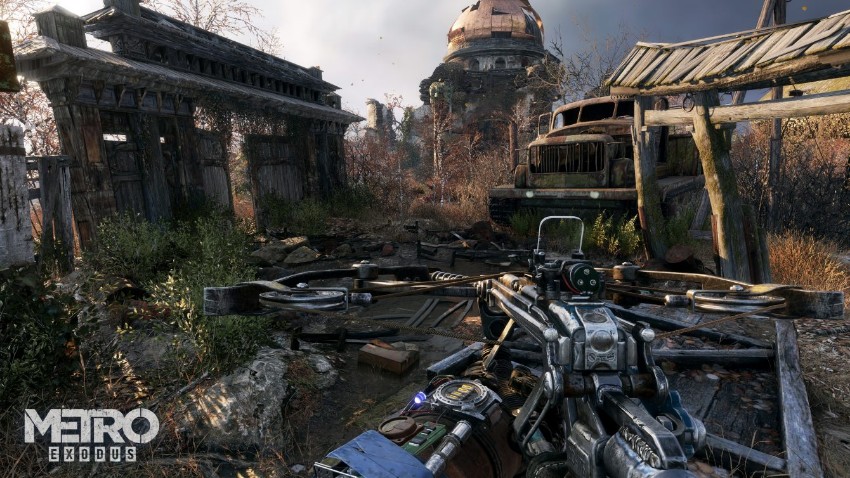 I am sure that Metro Exodus will not only be one of the best games of the year but one that we will remember in a decade. To the fabulous setting that already had the two previous deliveries are added an almost open world, outdoor scenarios. Much more polished gunplay and the right mix between FPS and survival.

The technical section (especially on PC) points to a new technical ceiling. And interesting details such as the weather system, the orientation based on maps. Or a story that we must gradually unravel is three of the reasons why I trust this development of 4A Games.

If you have one, use the same to buy the pills without paying a penny. vgrmalaysia.net The shipping is free across the country.

Spread the loveCyberpunk is a subgenre in science fiction with some own rules. High tech, low life (high technology, low quality of life) is one of the simplest ways to summarize the concept. The stories usually happen in the future dominated preferably by mega-corporations, thanks to technological advances: robots, computers, virtual realities, and other variants. […]