Your Android phone can be used to make thousands of useful things, and thousands that are not so useful. If you have come to this article, you are probably looking for applications and tools with which to disarm your friends and family through WhatsApp with the most absurd memes that can come out of your mind … And who are we to stop you? We share the best apps to make memes on Android.

In Google Play there are hundreds of applications to create or generate memes from images, predefined templates or texts. But since some of them do not fulfill their function as they should, or announce functions that have little to do with reality, in this article we select the best that can be found in the store today, so you can give free rein to your Imagination and plague the networks with your own memes.

The 3 best apps to apps to make memes on Android 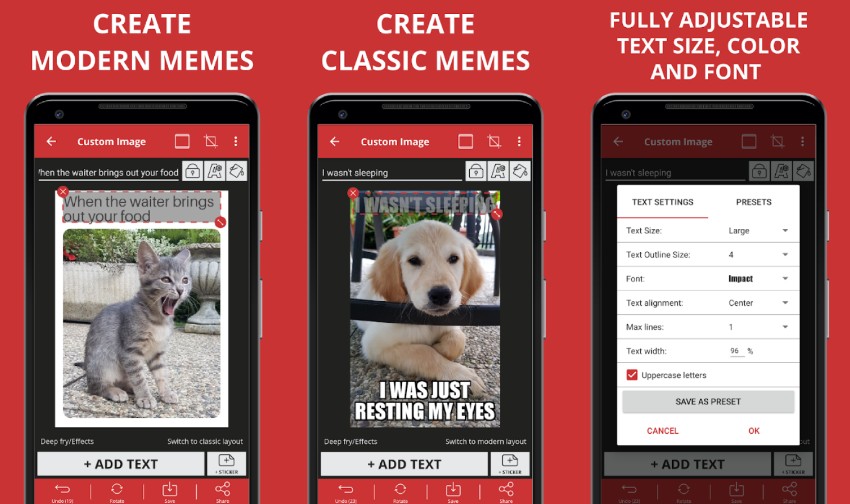 The most famous of all applications to create memes on Android, and which has even been chosen as one of the favorite apps by Google Play editors, is Meme Generator. Probably the most complete that exists in the catalog of the store, with a huge range of images, GIFs and videos of different categories well organized and with the possibility of performing precise searches. It is one of the best apps to make memes.

It is possible to create collages or add text to existing images, and even create custom memes with the photos stored in the gallery. In addition, it has an editor through which to modify any aspect of the created memes.

The free version includes almost all the features that any user might need, although it is also available in a payment variant, which removes ads and unlocks all the functions available in the app. 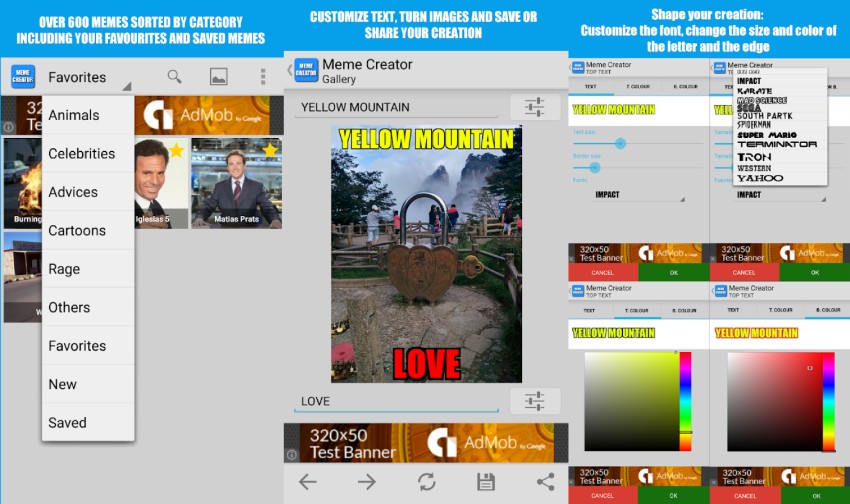 The second of the options we propose is Meme Creator, a somewhat simpler tool with a less careful design than the previous one, but equally useful and capable of offering all the necessary options when creating memes.

Among its features, we will find the possibility to choose among more than 600 popular memes and customize them with up to 20 types of letters. It is also possible to create memes based on the images of the gallery itself, and then share them through third-party apps such as WhatsApp or Telegram. 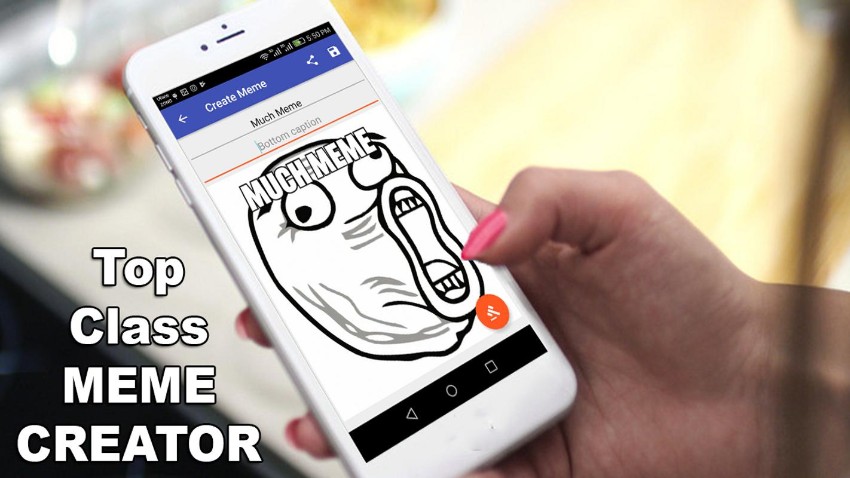 The last app of our selection is Meme Generator, although it is not the same app with which this compilation started. We have selected this application because it is the easiest to use among all those that exist in Google Play. You just have to select an image, enter the text and share the meme.

The app is completely free, and only contains ads in some of its menus. Anyway, these are not too intrusive, and at no time mess up the experience of users with the application.

There is a tool on the official website where you enter your insurance information and find your copay amount. cialis drug If you do not have health insurance coverage, you can use any prescription discount cards to find a lower cost.

Ways To Improve Productivity in a Warehouse Business

Spread the loveDo you own a business that has a warehouse facility? Many types of companies need a warehouse to store supplies and inventory. When you are looking for ways to improve productivity and save time, many options help make this possible. Keeping your business more productive will make your workday easier and allow you […]

Website vs. Web App: What You Need to Know

Spread the loveTo many people, every URL is a website. The truth is that most of them are not websites, but web applications (or web apps). This can be even more confusing because both apps and websites require access to the internet and run in browsers. Yet the difference between the two is crucial.

How Does Vacuum Conveying Work?

Spread the loveVacuum conveying is basically the process of moving liquid and bulk dry items, like powders, from point A to point B over a conveyor belt or other material with suction. The liquid or powder is moved in a network of revolving tubing from the source or pick up area to all the other […]