The sector of the 3D graphics cards has experienced an important evolution during the last decades. In the beginning, they were almost a rarity that did not finish taking off, mainly due to price issues and lack of optimization, but the arrival of 3DFX completely changed the situation and laid the foundations of the current market.

Our veteran readers will remember perfectly that early stage of 3D accelerators and the value that 3DFX brought in terms of support, compatibility, performance and also price.

In the following years, the market was shaken and the war that the 3D graphics cards sector experienced ended up concentrating on three giants: NVIDIA, ATI, and 3DFX. Firms such as 3Dlabs, Matrox and S3 shone at specific moments thanks to very specific products, but could not hold the pull and most of the “cake” was distributed among the first three.

The history of the 3D graphics cards is very rich, so much so that we could write without problems a book of hundreds of pages touching technical specifications, APIs, key advances and associate them with certain games, and we would always end up leaving something in the pipeline. However the most important advances can be concentrated in generations and concrete models, so we decided to make a special article dedicated to five 3D graphics cards that represented such a breakthrough that changed the world of gaming on PC.

Limiting ourselves to five models implies that we will have to fine-tune the aim and that there will be important graphics cards that will be left out, but it will allow us to give shape to a more entertaining and easy-to-read article.

Without further ado, we started. We hope you like it, and as always we invite you to leave any doubt in the comments. 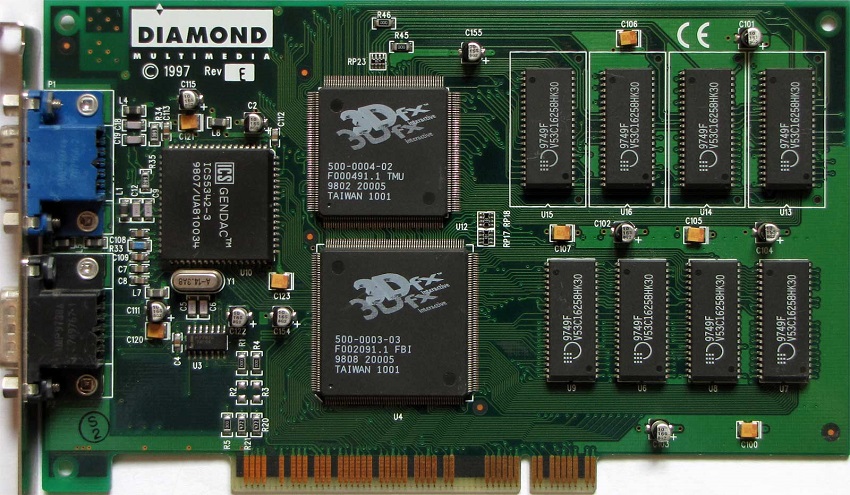 It marked a true turning point in the 3D accelerator market and laid the foundations of the current industry. It was the first general-purpose 3D card at a reasonable price that was really prepared to optimally work intense workloads and process advanced effects.

Its debut took place in 1996, it worked on the PCI bus and had the following specifications:

It required the independent 2D card to work.

In its beginnings, the most important competitors of the Voodoo were the graphical solutions of signatures like PowerVR, Matrox, and Rendition. Its competitors had the advantage of offering products that could work in 2D and 3D, but their 3D acceleration capabilities were well below those offered by the 3DFX solution.

Demonstrated the value of having a dedicated and optimized API: Glide.

It supported advanced functions that were beyond the reach of other graphics cards of the time, such as transparencies.

It displaced the processor as a fundamental piece to move 3D games. 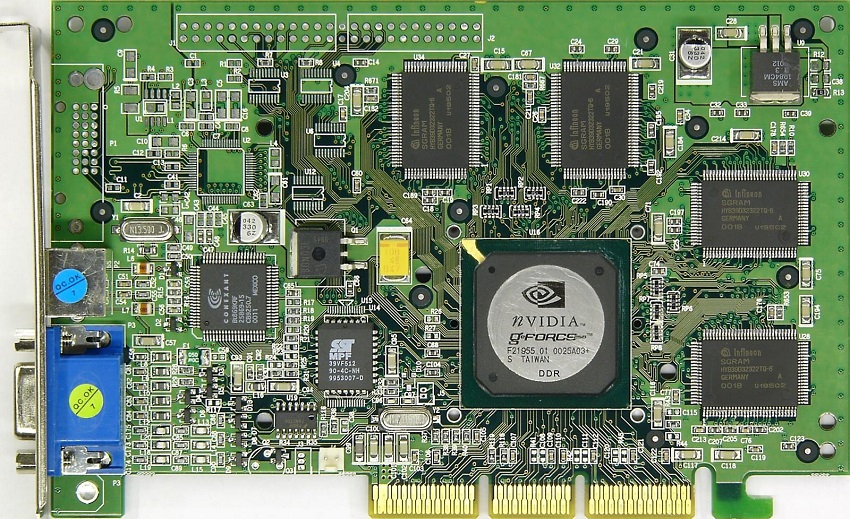 NVIDIA considered this graphics card as the first to have a true GPU (central graphics processing unit). There is much controversy surrounding this issue, but the truth is that the GeForce 256 was a truly revolutionary 3D accelerator that not only marked a before and after a technical level and performance but also put the first nail in the coffin of 3DFX

This graphics card came onto the market in 1999, operated on the AGP bus and had the following configuration:

In terms of performance was unrivaled, and was also the first general purpose 3D graphics card that could take advantage of hardware  Transform and Lighting ( T & L ), integrated into Microsoft’s DirectX 7.

It was the general purpose 3D graphics card with a GPU.

It had a transformation, lighting, configuration and triangle cutting and processing engines.

This exceeded the barrier of 10 million polygons per second.

He laid the foundations for the future standard of pixel shading that would come with DirectX 8. 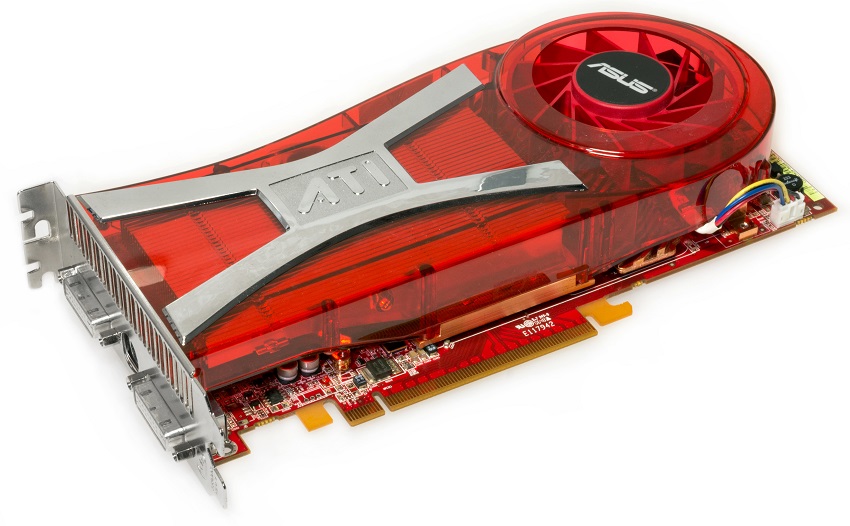 It has been one of the most powerful high-end 3D graphics cards of all those launched by the extinct ATI, a company that as we know was purchased in 2006 by AMD, the same year in which the card debuted. Today it is fully integrated into the Radeon Technology Group division.

The Radeon X1950XTX was a real show of strength on the part of ATI. The company had had problems keeping up with NVIDIA, and with this graphics card, it showed that it could overcome it without any problem, even in games like Quake 4, which were based on the DOOM 3 graphics engine and were therefore ” feudo “favorable to those in green. These are your key specifications:

Undoubtedly the most powerful graphics card of its generation and the top of all models based on DirectX 9.0c. Unsurpassed in terms of gross power, although with a very high price.

It was the most powerful graphics card in history compatible with DirectX 9.0c.

He could move demanding games fluently at very high resolutions for the time.

It allowed to activate HDR and edge smoothing simultaneously.

It was the first to use GDDR4 memory.

This served as the basis for developing the Xbox 360 GPU. 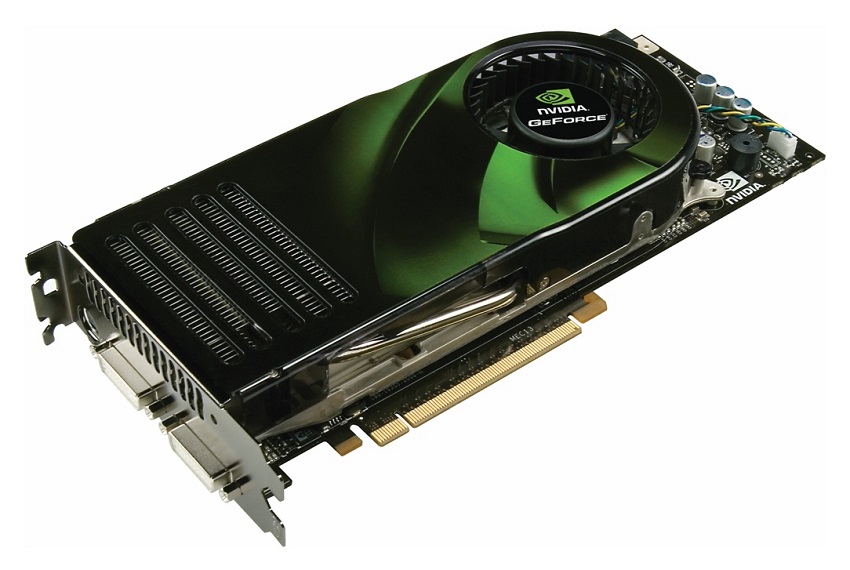 With this 3D graphics card, the jump to the architecture of unified shaders was made. In it, the units of shading of pixels and vertex are joined, a very important change that allowed a huge improvement in terms of performance. Its launch occurred at the end of 2006.

To give you an idea of the jump that marked the GeForce 8800 GTX suffice to say that it was capable of exceeding the performance of a GeForce 7950 GX2. This graphics card had two G71 GPUs used in the GeForce 7900 GTX. Making a current comparison would be as if the GeForce RTX 2080 TI from NVIDIA was capable of performing more than two GTX 1080 TI. Awesome, right? Well, his specifications were not far behind:

Not only did it mark a huge leap in terms of performance, but it also defined the path the industry has followed over the last twelve years.

It has represented the biggest performance jump compared to the previous generation.

It introduced the architecture of unified shaders that we still use today.

This was the first compatible with DirectX 10.

It marked a huge distance compared to PS3 and Xbox 360.

He could move Crysis in a more than acceptable way.

Still today you can move games that are not limited to DirectX 11. 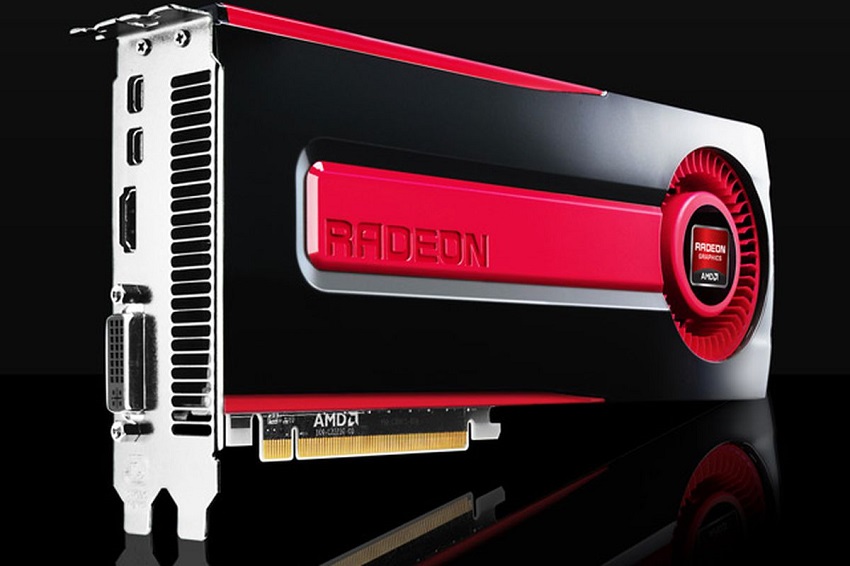 With the Radeon HD 7970 in AMD, they made a totally different bet than NVIDIA did with Kepler and its GTX 600 series: they integrated advanced features such as hardware asynchronous shaders, which allowed them to offer higher performance in low-level APIs ( Vulkan, for example).

This approach was a clear reflection of the value of optimization over simple brute power, and time has given reason to AMD. The Radeon HD 7000 series has aged better than its direct rivals based on Kepler and its performance in DirectX 12 and Vulkan is superior. These were the specifications of the Radeon HD 7970:

This 3D graphics card is still able to offer a good performance in current games with 1080p resolutions and medium or high qualities. According to the requirements of each game.

Demonstrated the value of optimization over gross power.

Introduced support for asynchronous shaders at the hardware level.

Its architecture was the basis of the PS4 and Xbox One GPUs.

It has been one of the longest-running graphics cards in history.

How to use Google Chromecast without WiFi

Spread the loveGoogle Chromecast is the favorite device of those who want to turn a normal TV into a  smart TV; that is, allow any TV – and other types of the screen – to receive content sent from the smartphone. Or from other devices such as tablets. The problem is that, in reality, Chromecast […]

The 3 best laptops for computer students